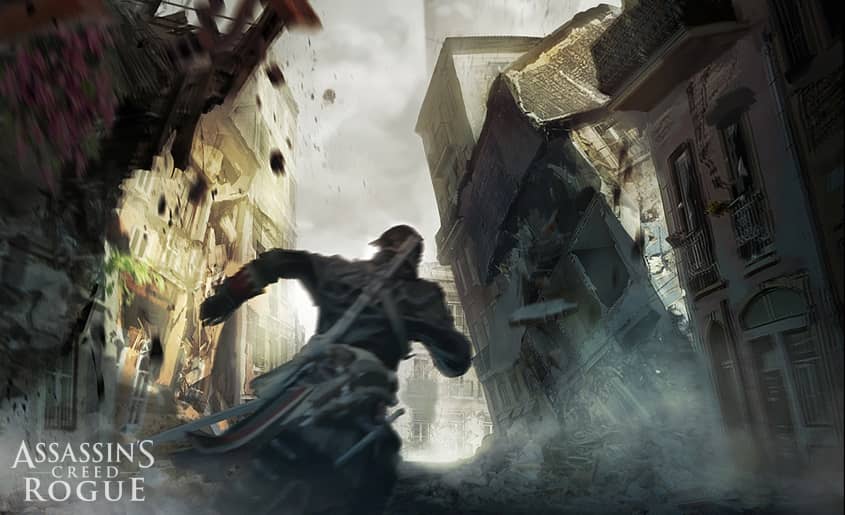 Remember Assassin’s Creed: Rogue? You know, that one Assassin’s Creed game that nobody seemed to notice, kind of like that guy at the party that sits in the corner on their phone and nobody seems to remember them being there at all. The only reason I even played it was to kill time while I waited for my PS4 to turn up!

Surprisingly though, it wasn’t as awful as I expected it to be, considering it was rushed and had a concerning lack of PR. Taking up the rather unexpected mantle of Shay Cormac, an Assassin-turned-Templar, you’re given the mission to journey the globe in order to retrieve those sweet, sweet pieces of Eden. The first place you’re made to travel to on your quest is sunny Lisbon, and it’s there that you find a piece of Eden in a First Civilisation temple beneath the Carmo Covent. It’s at that point that Rogue gets interesting: upon touching the ever-so valuable piece of Eden it disintegrates, triggering the famous “Earthquake of Lisbon”. The picturesque port-town begins to collapse in on itself, dragging buildings and local residents down with it. As Shay, you traverse the toppling landscape with those classic Assassin’s Creed free-running mechanics to complete what may well be my favourite sequence in any Assassin’s Creed game. The creative methods you utilise to escape the calamity are just so satisfying and well thought-out. 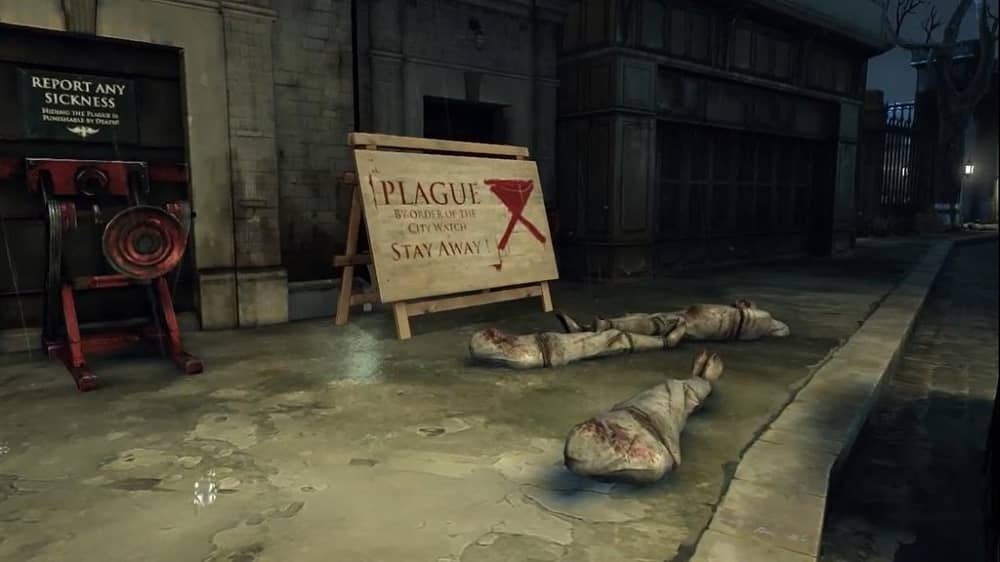 Dishonored, another game I’ve no experience with. The only exposure I’ve had to Dishonored is about 40 minutes worth of playthrough footage, so what I’m about to say may be totally misguided – wait, don’t leave! I’ve done research, it’s fine! Right, the Rat Plague, also known as “The Doom of Pandyssia”, is an all-encompassing disease that consumes the population of Dunwall. Originally believed to be brought into Dunwall by the rats, it’s discovered that the plague is purposely introduced to the poorer sectors as a means of ending poverty in the city.

Based on players’ decisions and efforts, allowing for the low-chaos ending, the plague can be cured. The fact that the player has so much say in the fate of so many creates such an impact that it deserves a place in this list.