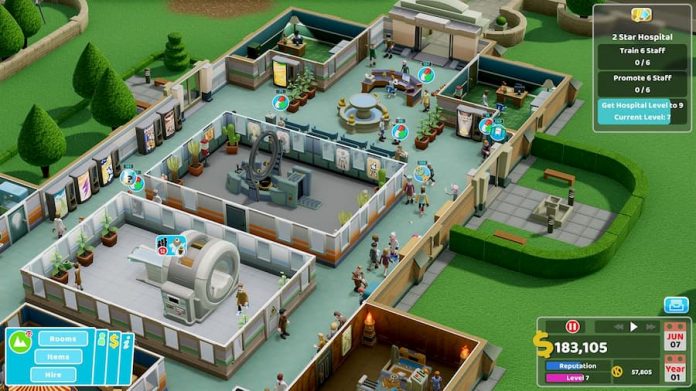 Planning on jumping into Two Point Hospital now it’s available on console? We’ve got some tips to help you on your way.

After releasing on PC in 2018, comedy-laden hospital sim Two Point Hospital is now available on Xbox One, PS4 and Nintendo Switch. That means medical chaos is available to more people than ever, and we couldn’t be more excited.

If you’re new to the game, it can be a little overwhelming knowing where to start. Fear not: these tips should set you in the right direction.

Have fun and experiment

Things will go wrong in Two Point Hospital, no matter how hard you try to make everything perfect. Sometimes the best thing you can do is simply lean into it and play around; see what works, and what doesn’t. The game’s campaign missions are great at easing you into the basics, and the first couple of levels leave little room for error. But after the first few, with more options open to you, the best way to learn is simply experiment. If it doesn’t pay off, at least you know for next time.

On Two Point Hospital‘s map screen, there’s a “career goals” button. Press X (or ‘square’ on PS4) to view it. There’s a list of challenges to complete, and every time you do one, you’ll be given a reward. Be sure to collect them regularly.

Don’t hire too many staff members

Early on, it seems like a good idea to throw as many doctors, nurses and janitors at your hospital as you possibly can. That way every room will always be staffed, even when people are taking breaks! It’s not a good idea later on in the game. Staff are expensive, you see, and they’ll regularly want promoting and payrises to stay happy. Make sure you have enough, but rather than hiring someone new to do a job, see if you’ve got an existing member of staff who you can train up. 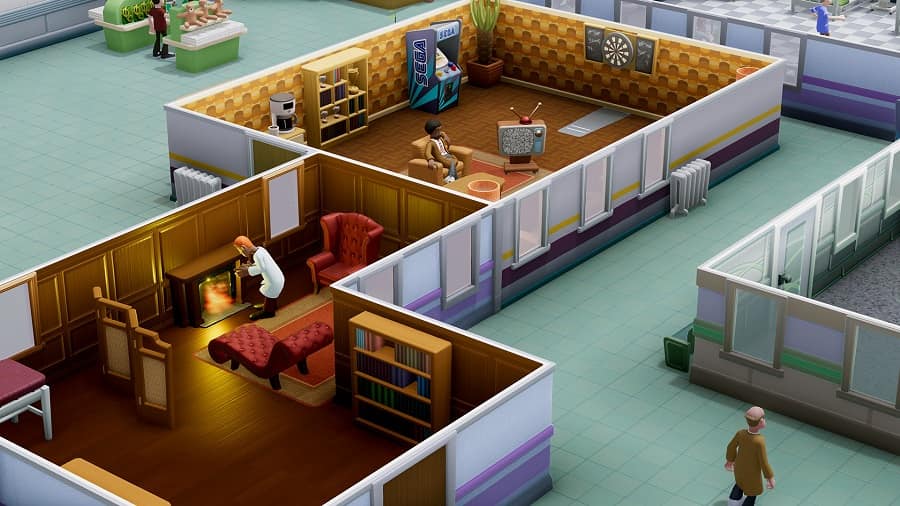 Place plenty of amenities in corridors

Patients like to eat and drink. They also need to pee, and they get bored a lot. Make sure your corridors are adequately furnished for them. Put plenty of seats near treatment rooms, make sure there’s an ample supply of vending machines, and ensure they have access to entertainment. Early on in the game, that might mean there’s a leaflet stand nearby, but hey, it gives them something to do.

Make sure said amenities are near treatment rooms

As lovely as a big, open waiting area sounds, if it’s not directly next to the room your patients are waiting to go into, they won’t use it. Make sure there are seats directly outside of a treatment room – otherwise your patients will just stand around outside the door anyway. Make sure vending machines and entertainment sources are in easy reach too, and toilets aren’t too far away; patients wandering off to get a snack or have a wee will increase wait times for everyone else.

Placing plenty of plants and posters around your hospital make it a nicer environment to be in. Make sure there’s enough around to keep your patients happy – you can check the environment overlay to ensure all areas are ‘green’. If you have a lot of plants, though, make sure you have enough janitorial staff to keep them watered. Dead plants, unsurprisingly, don’t make for a pleasant environment. 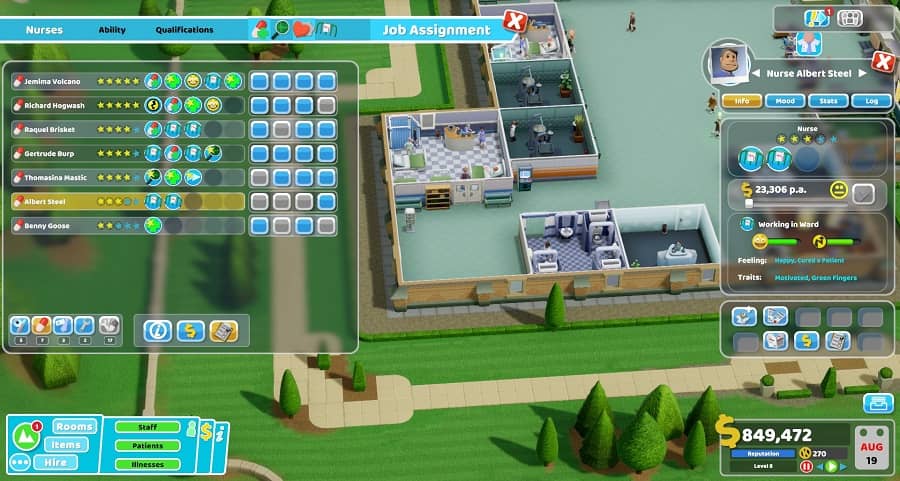 Train up your staff

After the first couple of levels in Two Point Hospital you’ll unlock a training room where you can train up staff. You can train doctors in a specific field, for instance, but you can also train staff with more useful, general skills, too. Training them in stamina will make them work faster and more efficiently, for instance, or training them in customer service will ensure patients are happier when being treated. Having well-trained staff is a worthwhile investment.

Get three stars in each level before moving on

You can often move onto the next level after getting only one star in a hospital – i.e. finishing the first set of missions. That’s fine if you want to quickly progress, but it’s worthwhile sticking around to get three stars in each. Not only will you come up against extra challenges and be more familiar with how everything works, you’ll likely unlock more rewards, too. Plus, the later stages of a hospital are the best; when everything’s already built and you’re watching everything run like clockwork (or not)… 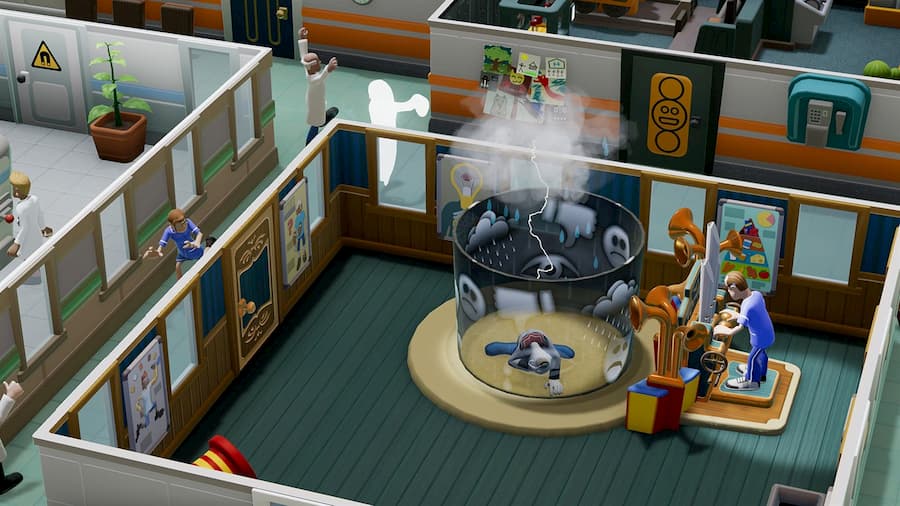 A lot of Two Point Hospital‘s treatment rooms have fancy bits of machinery in them. As you progress through the game, you’ll unlock new upgrades for these, making them more efficient. Your janitors can upgrade them for you, providing they’ve got the right training. It costs money each time, but it’s worth upgrading when you can. Patients will be treated quicker and with a lower fail rate. Less deaths is always a good thing, right?

Other than the very first level, every hospital has separate buildings that can be bought and expanded into. Providing you’ve got the money, keep on expanding. The bigger your hospital, the more patients you’ll be able to serve and (hopefully) the more profit you’ll be bringing it. Scaling up is easy, but it’s more difficult to ensure that everything is still running like clockwork when you’ve got more to keep an eye on.

One of each room is never enough

You’ll need multiple diagnosis rooms and multiple treatment rooms, especially as your hospital grows. Keep an eye on queue sizes and build new rooms when patients tend to be waiting for the same things. Don’t overdo it though. If you’re not treating many people with, say, Jest Infection, two Clown Clinics is going to be a waste of money. Ensure everything you’re building is going to make you a return in the long run.