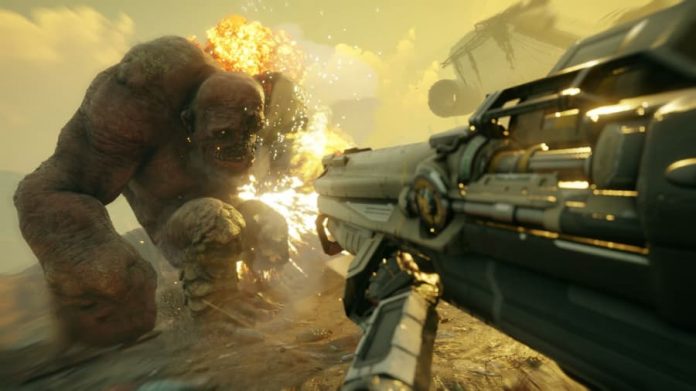 If you’ve seen some of the Rage 2 trailers released before the game’s launch, you’ll know that you can play the game with Danny Dyer shouting obscenities.

Let’s be honest, why wouldn’t you want to play Rage 2 with Danny Dyer making quips every now and again? It all adds to the humour. And thankfully, enabling it is easy.

All you need to do to enable Danny Dyer in Rage 2 is pause the game, go to the Settings menu, and then select Cheats. On the screen that appears, Voice Pack should be at the top, and by default it’s set to off. Change it to Diamond Geezer and away you go.

Thankfully, while enabling the Danny Dyer voice over is a cheat, it doesn’t disable the unlocking of achievements and trophies like others do. So, there’s really no reason to not enhance your Rage 2 experience by listening to Danny Dyer turn the air blue. And if you get fed up of him, you can simply the cheat off again.