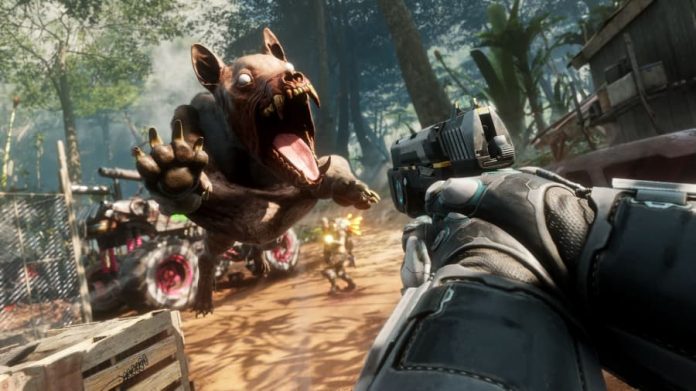 When you start playing Rage 2, you’ll be asked to select a difficulty. Just like most games, really.

Depending on the one you choose though, you can have a very different experience. On easy, Rage 2 is an absolute cakewalk. You’ll overcome enemies with ease and will feel like a total badass. Easy is good mode for those new to first-person shooters or just want to relax after a hard day’s work.

Normal difficulty, on the other hand, is for those who want a bit of challenge but don’t want to be frustrated. On normal, enemies won’t pose too much of a threat, but bosses and certain other special foes might give you a bit of a sweat. It’s probably the best difficulty for most players.

Stepping up the challenge a little more, hard difficulty is for those who like to be tested. It’s not too hard, it just demands that you pay attention, make use of cover and take out enemies skilfully. If you want Rage 2 to make you work a little, hard difficulty may be a good choice.

And then there’s nightmare difficulty, which isn’t for the faint of heart. On nightmare, chances are you’ll die a lot unless you master the game’s mechanics and make ample use of cover. You need to know what weapons to use in certain situations, and make use of all your skills. It’s a good difficulty for those who have already completed the game and are looking for a challenge.

One thing to note about Rage 2, however, is that there are no difficulty related achievements or trophies. Also, you can change the difficulty at any time. So, if you start playing and find the game too easy or too hard, go into the options menu try another difficulty mode. You’ve got nothing to lose!